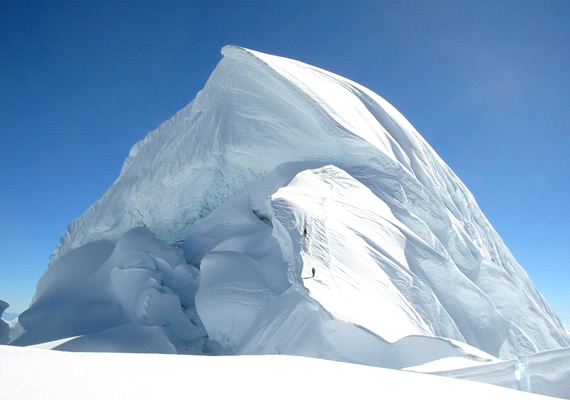 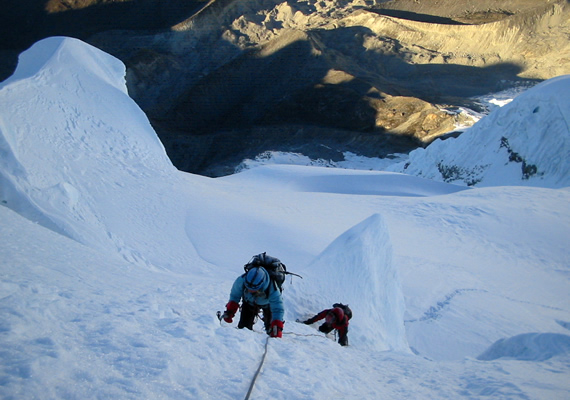 Chopicalqui is one of the classic ascents (much sought after by climbers). Its mushrooms shaped summit area is a major attraction for mountaineers.
Being a peak of moderate difficulty, it requires prior acclimatization such as trekking or climbing an easier mountain.

The total time required for the ascent of chopicalqui is 5 days it has a maximum angle of inclination of 50 - 60º. This mountain offers a panorama of the main mountains. Of the range it is located behind Huascaran (the highest mountain in Peru) Huascaran, Huandoy, and Chacraraju can be seen from Chopicalqui summit

RECOMMENDED 2020
Request the most recommended walks and climbs!!