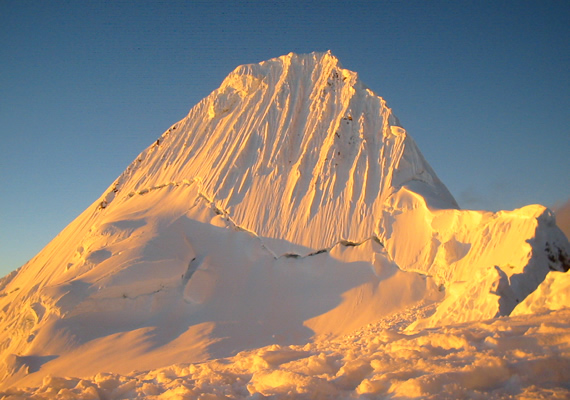 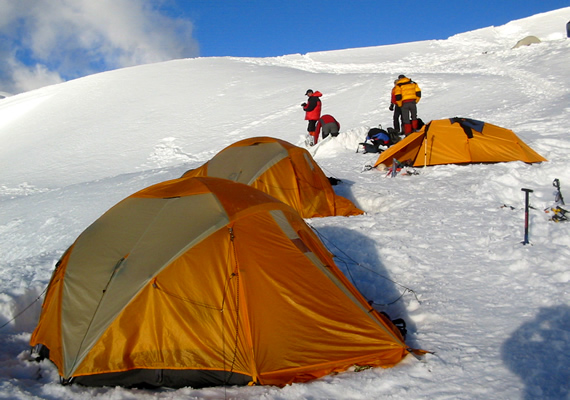 This mountain attains a height of 5.947 meters above sea level. It is one of the most desired climbs in the Cordillera Blanca, and was declared by alpinismus magazine (May – 1966) as “the worlds must beautiful mountain” during the scenic photography conference held in Munich in 1966, for its pyramidal shape.

It is accessed from the city of caraz (2,250 mt) which is located at the far northern end of the Callejon de Huaylas. From there we go up to the town of Cashapampa (2,900 mt), and then on up to the Quishuarpampa (4,000 mt) region. At that point we fork to the north, hiking up Arhuaycocha canyon, until reaching base camp (4,300 mt) it has a 500 meters technical wall with a 55 – 70 – 80º angle of inclination, and is shaped in an almost perfect pyramid of ice. (Seen from Alpamayo canyon).

Alpamayo is distinguished by its unique symmetrical shape, and its phenomenal aspect. Its southwest face has many chutes, two of which compose the Ferrari route, and the French route. Its southeast face is visible from Arhuaycocha lake. The mountains surrounding it are: Quitaraju, Pucahircas, Taulliraju, Artesonraju, Pirámide Garcilazo, Paria, Chacraraju, Caraz, Agujas, Huascarán and Majestic Champara. 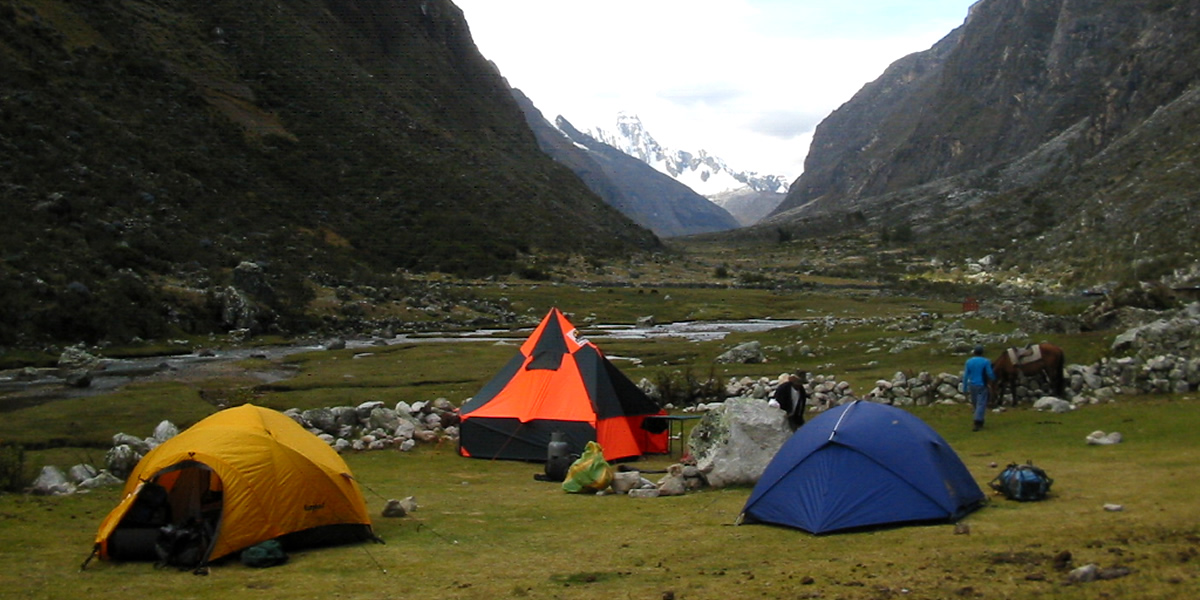 RECOMMENDED 2020
Request the most recommended walks and climbs!!